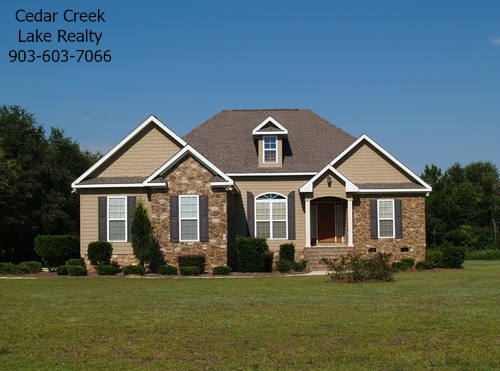 Henderson County has a population of 79,280 people. This area has shown consistent growth over the past decade, with 40% of the population living in urban environments and 60% living in rural environments.

The median home value for Henderson County is $90,500. Home values have risen over the last decade, which is good news for home owners in the county. The average household income is approximately $38,493. This is a favorable area for owning a house, with an estimated 80% of residents in this county being home owners.

Residents of Henderson County take pride in their history, their thriving economy, and their amazing landscapes. Give one of the Cedar Creek Lake Realty Team agents a call at 903-603-7066 to view available homes for sale in Henderson County.